Soups are one of my favourite things to cook and eat. Apart from being one of the easiest things to cook, they are always so versatile as you can adapt with what you have in the kitchen. Personally, whenever I see leeks in season I tend to buy them, and sometimes I might even go overboard. In fact, this recipe was made the same week I made my Leek, Mushroom and Feta pies , as I had bought a huge amount of leeks that I wanted to use up before they go bad. This soup was perfect for that since I used my last leeks. I managed to make this recipe twice with the amount of leeks I had!

This soup takes almost the same time to prepare and to cook, which makes it relatively easy. I always prepare all the ingredients before I start cooking so that I’m not rushing all over the kitchen for nothing, especially as all the ingredients go almost all in at once.

Basically, after preparing all the ingredients, you start by cooking the leek and carrots until they are nicely softened. Afterwards add the potatoes, herbs and the vegetable stock and let cook for about 30 minutes. That’s it! Blend everything up and serve warm or cold.

The most time consuming ingredient to prepare for this soup has to be the leeks. The reason is that you have to make sure that you remove all the soil and sand that is stuck between all the layers of the leek. Although recently I discovered a method which is easy and you can do while preparing something else.

First you need to chop the leaks thinly, something which is ideally for this soup so that they cook all evenly and quickly. Then give the chopped leeks a good rinse under cold running water to remove any visible soil. Then remove the dark green part of the leek. I like to save this in the freezer for when I make my own vegetable stock. Afterwards, slice the white and light green leek from the middle and slice each section into half moons.

Place the chopped leek in a large bowl filled with cold water, agitate the leeks and let it sit while you continue to prepare the other vegetables required for this soup. Once you’re done, you will see that the soil and sand in the leeks has deposited itself at the bottom of the bowl. Scoop out the leeks with a sieve or slotted spoon and place in a clean bowl.

This leek and potato soup is a versatile soup as it can be served either warm or cold. For a warm soup I like to serve it with a drizzle of olive oil, black pepper, fresh herbs and a sprinkle of chili flakes for some heat. Alongside it, there is always a couple of fresh garlic bread as it compliments it so well.

For the cold version you can serve it with a dollop of heavy cream and a sprinkle of chives on top.

Additionally, you can treat this soup as a loaded potato and sprinkle on top some cheese, green onions, bacon or whatever you like. 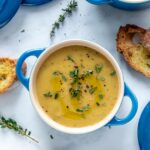 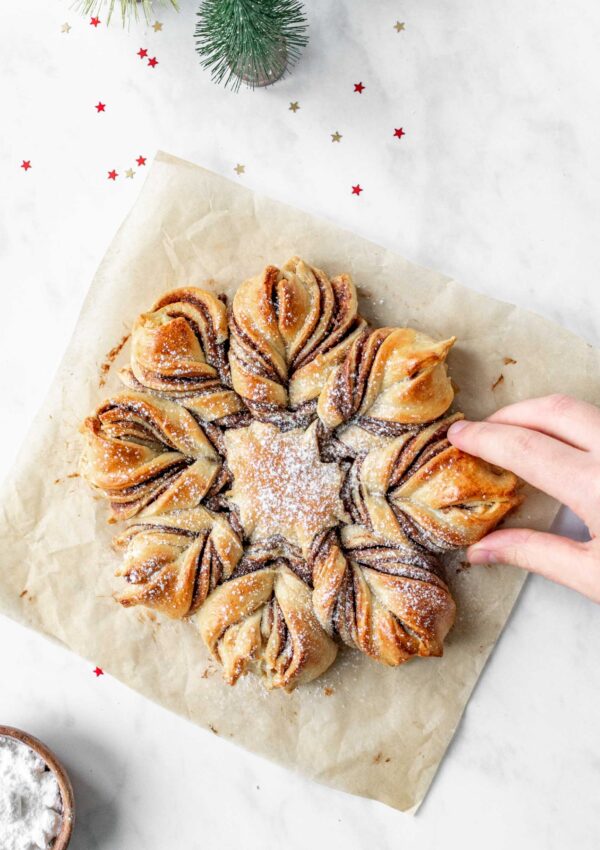 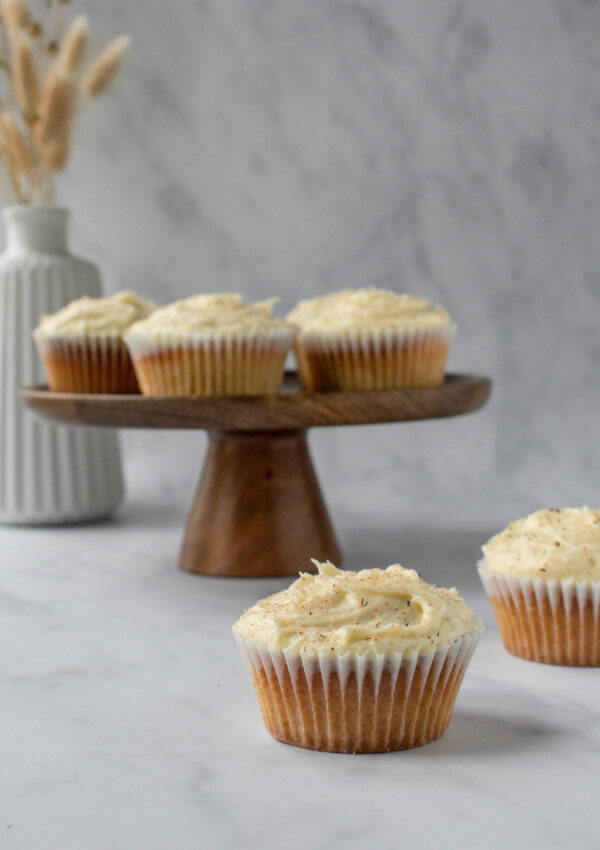 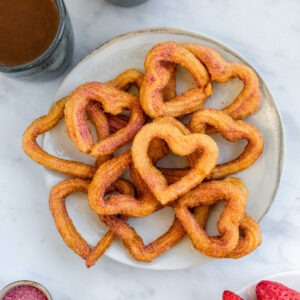